Business by women, for women

Business by women, for women

Brands and businesses are islands surrounded with women by all sides

The concept of business by women, for women lately applied in the world of brands has been calling our attention. Of course we are intrinsically interested in approaching the topic from a branding, design, research and innovation point of view, but in this case, what makes our eyes sparkle is more the women share than the business one.

If on one hand we are living a chaotic situation, when feelings of radicalism and neglect seem to reign – and we are not speaking (only) of politics, on the other hand we have to value the openness we are experiencing regarding gender issues, representativeness and empowerment of different groups in society. It has been, is and will always be the time to open dialogue on inequalities and let them take center stage in the debate.

Getting back to women, according to a research carried out by Kantar (WPP) in 2019, the brands are still not really listening to what women want. The survey, called What women want, analyzed Brazilian women’s self-esteem and classified it into five dimensions. The analysis guides brands to take a position, aligning their purpose so that they connect to the contributors of women self-esteem: freedom of thought/ expression, sexual/body autonomy, accessibility/visibility, social connections/network and financial autonomy. It’s a very interesting study. If you have already read it, take the opportunity to reread it – you can download the full file here.

Knowing that there’s much more to be done, but looking again at the bright side of this discussion, we looked for brands that are known for engaging with the female universe. We chose two lists that present brands created and managed by women who think, question, provoke and inspire. The first was drawn up by Obvious Agency, an inspiration in itself due to the revolutionary format of the content built about women – they have it all: women’s rights, maternity, self-care, sex, career, self-esteem, relationship, culture, trends. In September, Obvious shared a list with six small businesses created by Brazilian women and how their brands take a positive and affirmative stance. It is worth a look! The second is a list from an American magazine from California – Redbook, which highlights successful foreign companies run by women, which aim to wield a positive influence on other women. Learn the stories of these 13 business women and their brands.

Cristina Fernandes, the entrepreneur from Atelier Lady Brown mentioned in the Obvious list, told us a little about the adventure of owning your own business. In addition to her will to create, she counted with her qualification in fashion, her mother’s techniques and, joining talent and discipline, added one more element – a learning that can be regarded as a good piece of advice for other creators: “I have learned that we must not be afraid of pricing our product. Trying to please is not the way to go, but rather understanding the value and costs involved. The right clients will come and value our work properly.” 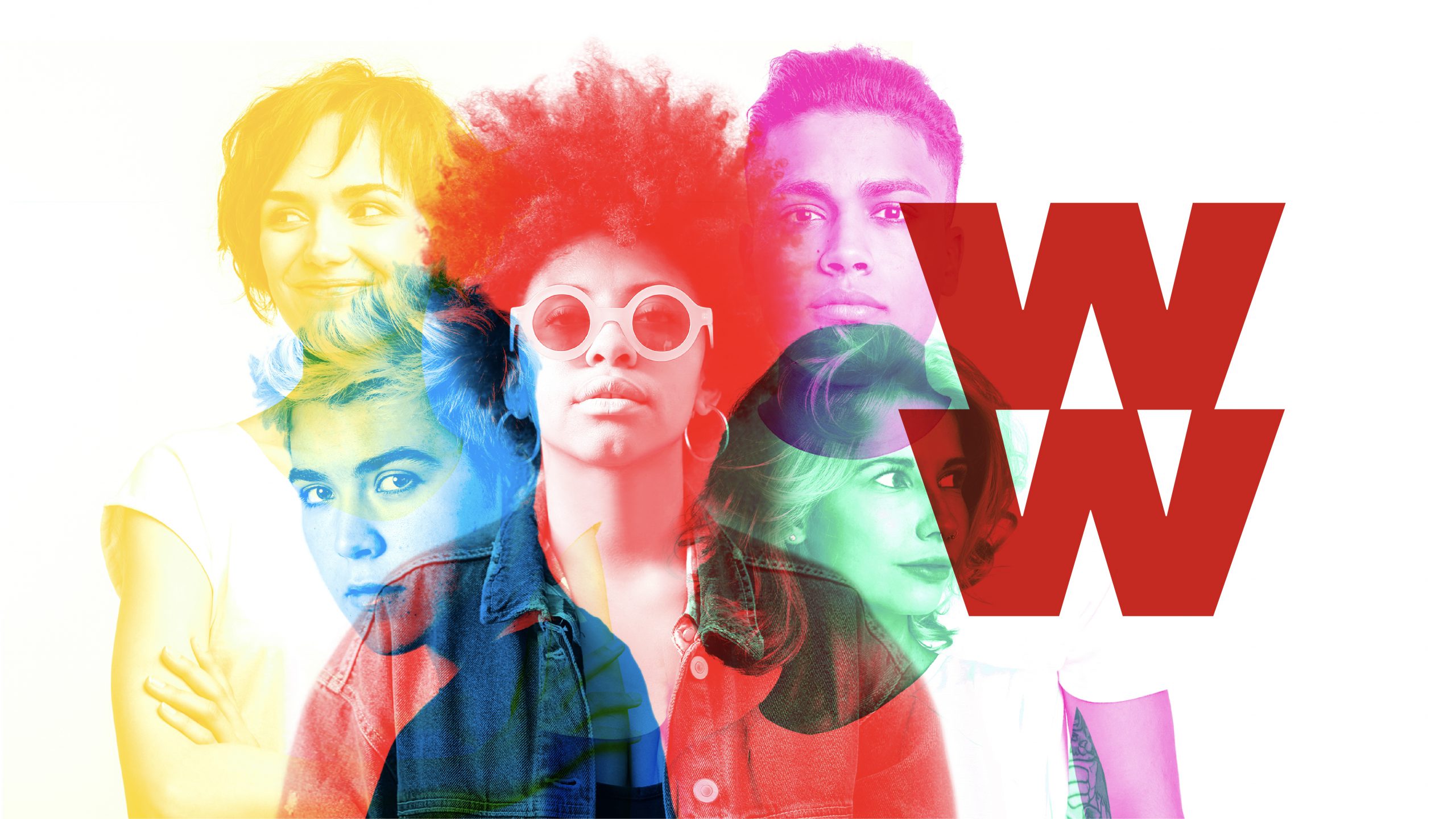 There’s also a growing and powerful movement around menstruation.

Many companies have been changing their brand language and products to keep up with a topic that, a short while ago, was considered exclusively a women’s issue. Now, they see the need to represent the diversity of experiences, when addressing people with periods. Therefore, apart from women, they include transgender and non-binary people – who have always been neglected by brands – generating a buzz, and affording visibility and demystification in campaigns such as How You Period, #TheWholeBloodyTruth.

With the same demystification context of the menstrual taboo, another Brazilian example of awareness campaign is the #ChegadeEstigma, by Intimus – Kimberly-Clark®’s brand of feminine care. “The campaign challenges society to break paradigms and negative perceptions about menstruation, which usually picture women in a fragile and limited situation”, explains the category’s Marketing Director Samia Chehab. “It is more and more my role to give voice and make room for these causes and also meet consumers’ current expectations about an active brand positioning in society”. Another woman, Thais Hamer, CBA B+G’s responsible for Intimus brand, shares Samia’s view: “the freedom I experience at work today and the purpose of the brands I assist, such as Intimus, in synergy with my values, fulfill me and motivate me to keep building a fairer world, where there’s room for all, men and women.”

And there is more! A recent collaboration of Pantone® with a Swedish brand of menstrual cups has resulted in the red hue Period, in a campaign to promote menstrual positivity, encouraging people, regardless of gender, to feel comfortable and at ease to discuss and normalize the topic.

Transcending business, the role of women in this pandemic – that is outlasting people’s patience – should be highlighted. As you must have already read, an important fact that deserves attention is that the UN High Commissioner has appointed that, from the 12 countries that have better coped with the Covid-19 pandemic, nine are governed by women. The positive role that the feminine view and handling can play in the leading of possible solutions with respect to the pandemic scenario, becomes clear.

Speaking of view, what do we see when we look inside? How are we behaving, in our CBA B+G community, towards women? From which stance are we discussing this struggle for social change and evolution?

Women are nothing short than 70% of our total workforce, and they hold more than half of the managerial positions (54%). Considering this large representation, simple but impacting initiatives have been sought and implemented. In 2019, we introduced an internal policy aimed at mothers, aware of the fact that during the first year of maternity it is hard for them to balance the roles played in their family, social and business life. In addition to the maternity leave time secured by law, a short-time and gradually restored work schedule – in a home-office regime – was introduced, allowing mothers to resume the regular work activities 12 months after giving birth.

Working on the assumption that we are all exposed to structural contamination, gender issues are being closely observed, beyond the figures. As for example at the Board of Directors, where only one of the four positions are held by a woman. “Balance is the key-word”, says Shirley Rodrigues, HR manager. “The search for equity is one of the reasons for the internal study we are conducting to understand, historically, how our recruiting process and career development program have been driven, so that we are able to realize, in the course of time, if we are promoting gender equality, for example. And if not, what are the factors that cause this imbalance, in spite of our mostly feminine management environment – which has an active voice concerning promotions and bonuses. We want to understand which causes are structural – and therefore invisible to the arguments; which are cultural – and must be reviewed; and finally which are contextual and temporary… an on-going analysis and adjustment motion which, in spite of the two decades of operation, we are examining in-depth for the first time.”

The 1970s motto #thefutureisfemale has been fighting for decades the misogynistic culture. More than just a simple slogan, the statement carries meanings that are renewed over time. Some years ago we have conducted a study to understand the power of feminine and its impact on the understanding of the brands’ role and positioning. Our analysis has revealed that the feminization of businesses would come to stay – and indeed it has – showing that the feminine view and attitude would not only attract and retain women, but also more people, regardless of gender, by achieving balance and the universal transformation of purpose. It is a comprehensive and detailed study*, built and discussed in forums in and outside CBA B+G, that still inspires us and is worth remembering: 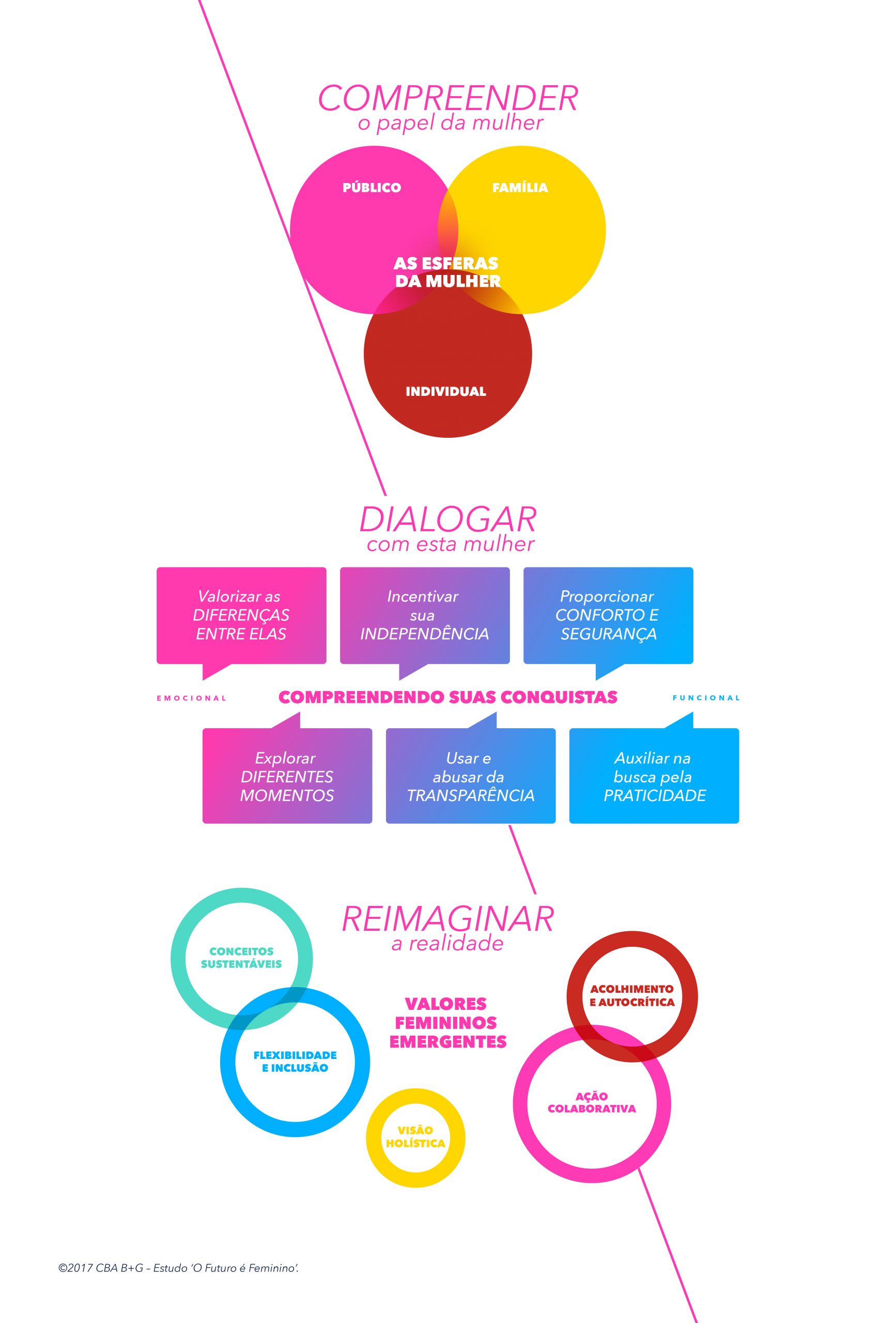 From brands to products, personal stories to social policies, across countries and continents, and in all spheres, women carry the power of change in a world that longs for balance through pro-women solutions. Finally, we would like to indulge with a time capsule, recalling now and forever, some of the icons of feminism. To print and fix on your fuchsia, cyan, black, period – or whatever color you please – wall!

Prev
From Batman to Obama: How a Humble Font Found Fame
Next
Big Brands and DTC: what’s going on?

Plant-based meat: good for me and for the planet?

Company culture and remote working: how to reconcile?