I hope you learned a thing or two in the last article in the CBA design series about PUNCTUATION. This month we are diving into the world of triangles, symbols of culture and religion, and yet, too often taken for granted. Join us on our geometrical journey to find out why triangles make the best shapes.

Why Triangles are Proof That Three is Not a Crowd

They say things come in threes- definitely true in the case of triangles. In fact, that’s just about all we can say about them, isn’t it?

Don’t be too quick to write them off as a three-trick pony. Think about it. When you turn a square on its side, it’s still a square. No matter how many times you roll a circle around, it’s still a circle. Yawn.

Triangles are different. Triangles can spell danger. Barry Manilow loved them so much, he even had a hit with one. Decide your number one from our top fifteen favorite, fun factoids about triangles.

One of the World’s Most Iconic Album Covers

When Pink Floyd released ‘Dark Side of the Moon,’ they didn’t choose a circular or crescent moon shape for their iconic album jacket. Instead, they went for a design showing light refracting through a triangular prism. Why?

The concept was threefold- to flag up the band’s stage lighting and the album’s lyrics as well as to create a design which was simple and bold. Given it almost always features in lists of iconic album covers, the unorthodox design proved a huge success.

Triangles can be metal, musical instruments used for percussion. Often derided as overly simple, Mozart and Beethoven still chose to include them in their works.

Liszt even gave them a solo in one of his concertos. They’ve become an integral part of Cajun and Forró, a Brazilian music style.

Not the BBC’s Finest Hour

British TV aficionados might well remember, or perhaps choose to forget, an ‘80s soap opera called ‘Triangle.’ The action happened on board a sea ferry which connected three European ports- hence the rather unimaginative title.

Anyway, the stilted scripts and corny relationships became the butt of many a joke. The BBC took it all on the chin and even chose to rebroadcast the first episode a decade later during an evening of programming entitled, ‘TV Hell.’

It wasn’t all bad though. Americans might also be familiar with the show’s star- the late, great Kate O’Mara.

‘Triangle’ didn’t harm her career too badly. She went on to play Caress Morell, the scheming sister of Alexis Colby in Dynasty and Jackie Stone, Joanna Lumley’s onscreen sister in Ab Fab.

This is the region in the western North Atlantic Ocean where a number of aircraft and ships are said to have disappeared under mysterious circumstances.

It’s also the title of one of Barry Manilow’s lesser-known hits. The lyric picks up the vanishing theme with the story of a guy who takes a girl to Bermuda only to find that she disappears with someone else. Clichéd? We still love you, Barry.

Let’s start with pizzas. If you want to eat them with your hands, then cutting them into triangles is the only way.

When it comes to iconic candy bars nothing beats the mighty Swiss Toblerone. Its distinctive series of joined, triangular prisms has been satisfying our chocolate cravings since 1908.

Ever wonder why tortilla chips are triangular?

An American couple who owned a Mexican deli in LA during the 1940s used up misshapen tortillas by cutting them up into triangles and frying them.

They became one of their shop’s best sellers. Little did they know that they’d just given birth to what’s become a 22 billion dollar global market. 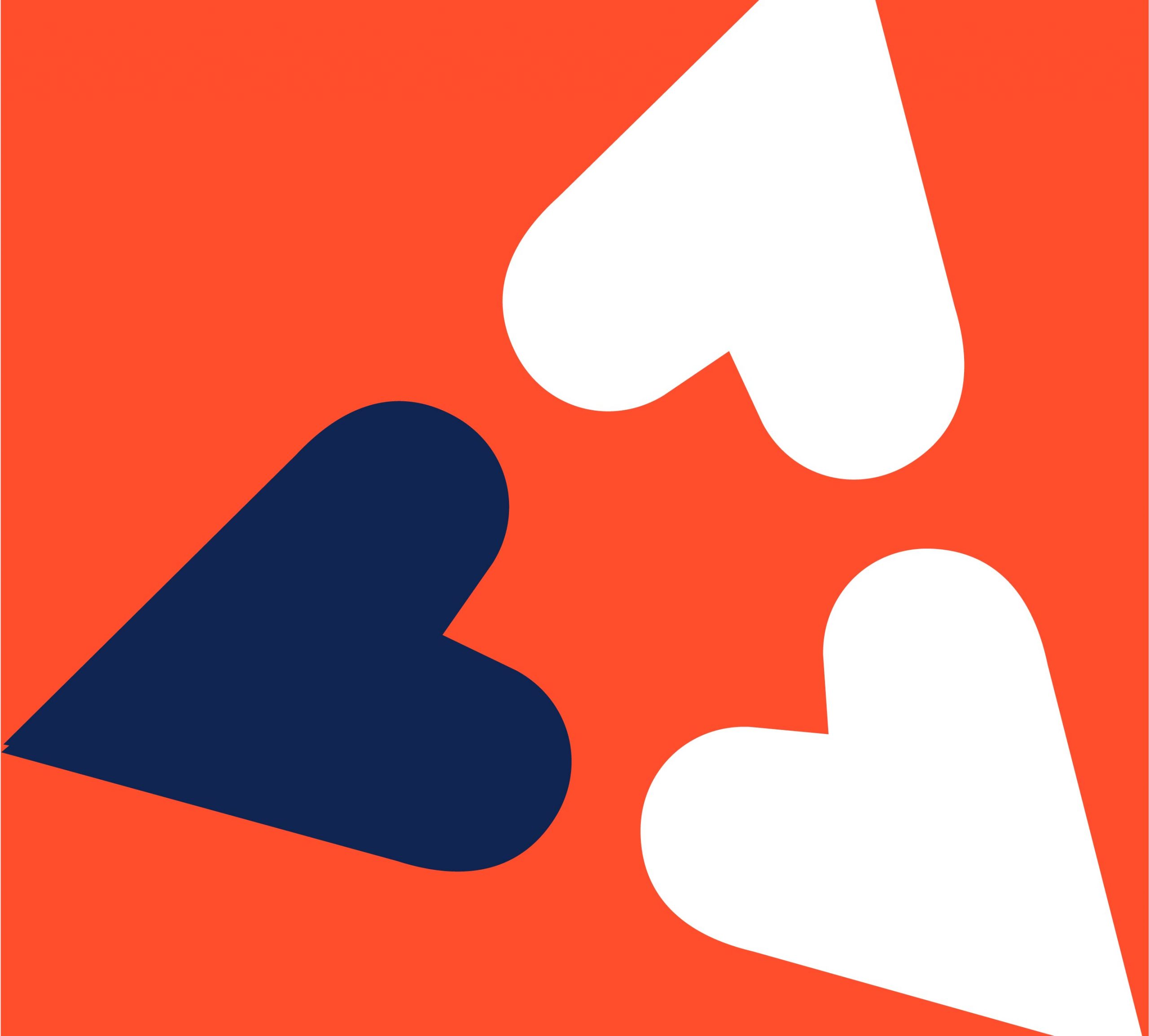 This 1970s hit for Mary MacGregor was written by Peter Yarrow of Peter, Paul and Mary. It became a global sensation, so much so that the song was translated into a string of different languages.

Those in polyamorous relationships might rightly feel perplexed by this part of the lyric, ‘Lovin’ both of you is breaking all the rules.’ Nonetheless, the love triangle is a regular theme in popular music, particularly country and western: cue Dolly Parton’s ‘Jolene.’

In many parts of the world, triangular road signs warn drivers about potential dangers. These can range from wandering giraffes in Namibia to hippos in South Africa. ‘Humps ahead, Camels may be crossing!’ cries another sign in Egypt.

Triangles aren’t of course inherently dangerous to humans. They’re just the shape of choice to draw attention to danger by association. It could be that squares or circles are softer to the eye than their triangular counterparts.

Triangles feature heavily in Cubist art. The concept of reducing an image to a limited number of geometric shapes such as triangles grew out of the Cubists’ quest for simplification.

Check out ‘Still Life with Flowers’ by Juan Gris. This 1912 painting is famous for the stylistic use of triangles and overlapping planes that come together to form a scene of serene and humble beauty.

Now a symbol for lots of LGBTQ identities, it was once a badge of shame. The Nazis used it to identify gay people in their death camps. Activists reclaimed the symbol in the 1970s in their protest against homophobia.

Civilizations across the world have long built these structures which feature a series of triangles. The largest by volume is the Great Pyramid of Cholula in Mexico.

You’ll find the most famous pyramids in Egypt. Legend has it that the sun god Ra, father of all pharaohs, sat on a pyramid-shaped mass of earth which had appeared from the sea. The pyramid’s shape is thought to have symbolized the sun’s rays.

Modern architects love the triangle too. For many, it is the strongest symbol, capable of holding its shape, with a firm base and providing immense support.

This is the region where the borders of Laos, Thailand and Myanmar come together. It all happens at the confluence of the Ruak and Mekong rivers.

The Golden Triangle covers an area bigger than Texas and has become one of the world’s most famous tourist hotspots. There are plenty of golden Buddhas to see and luxury river trips to be taken.

The popular Old Opium Museum, located in the centre of Chiang Saen, is well worth stopping off at. It offers visitors an insight into the opium trade which was once rife in the region.

The Star of David

This is the symbol of modern Jewish identity. Its shape is that of a hexagram made up of two equilateral triangles which also appears on Israel’s flag.

It all goes back to the Biblical king and his legendary ‘shield,’ although there are more complex interpretations of the symbol based on the beliefs of Jewish mystics.

The symbol had many former lives as a motif for various organizations throughout history which were not exclusively religious. It was also used in Christian churches for many centuries long before its first known use in a Jewish synagogue.

A Few Jokes About Triangles

To a triangle, all other shapes are pointless.

The obtuse triangle is never right.

What kind of triangle is a tortilla chip? An i-salsa-les triangle.

Why is a Toblerone shaped like a triangle? So that it’ll fit inside the box.

It’s right up there in the top ten most famous mathematical theorems. Pythagoras was an ancient Greek mathematician and philosopher born around 570 BC.

He’s probably best known for his theorem: in a right-angled triangle, the square of the hypotenuse is equal to the sum of squares of the other two sides.

Although he had a clear penchant for triangles, it didn’t color his better judgment that the world was in fact round.

In the Christian faith the triangular shape is associated with the Holy Trinity. That’s the unity of the Father, the Son and the Holy Spirit.

The triangle is used as a symbol for lots of other trinities too. These include heaven, hell and Earth as well as mind, body and spirit.

In sacred geometry, it can mean balance, harmony and completion. Rising upwards, it elevates us to higher consciousness.

Hats off to the Mighty Triangle

So there you have it. One thing you can say about triangles with conviction is that they’re very useful.

They can take us to a higher place, alert us to danger, and we can even play them as a musical instrument. My personal preference is to eat them! 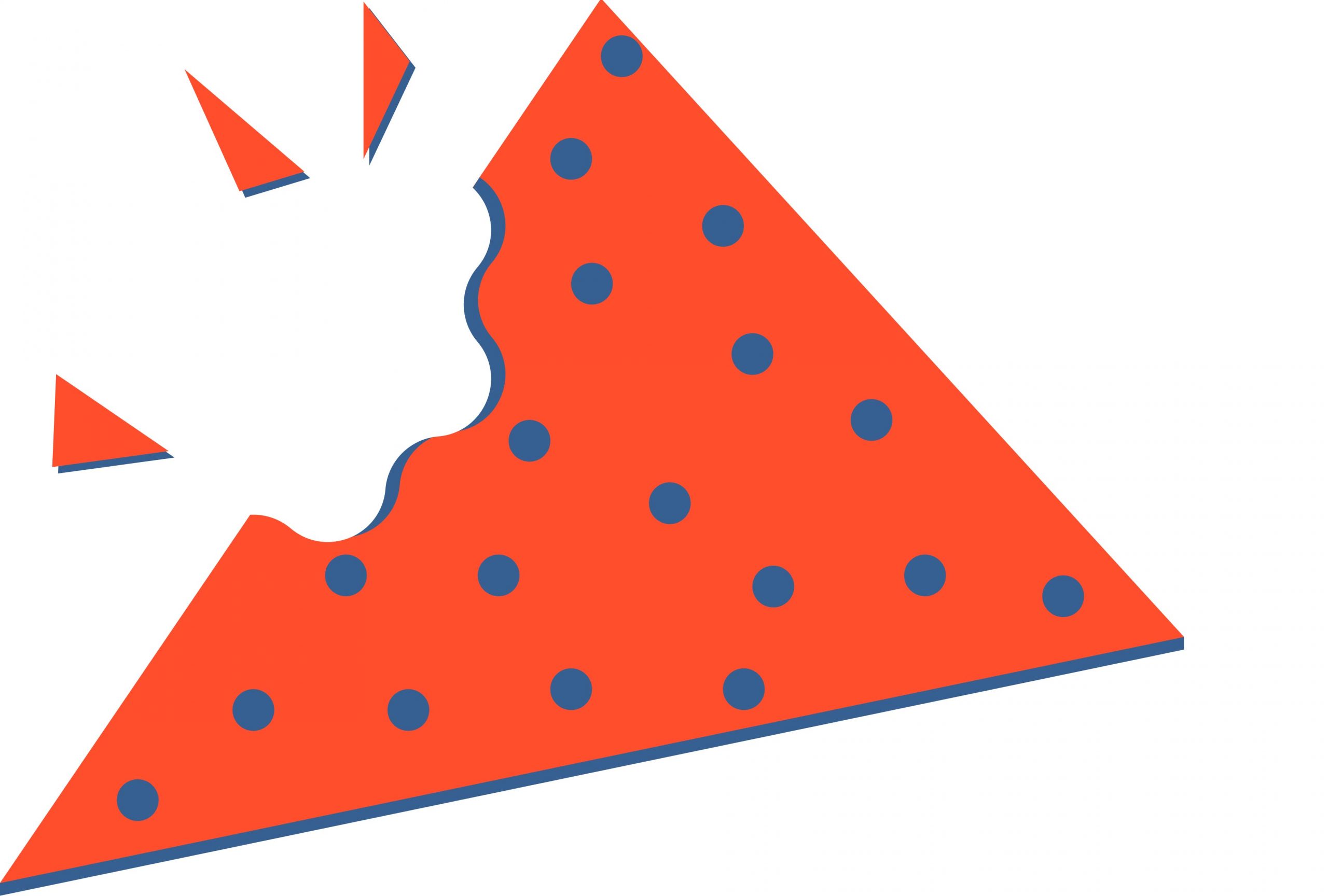 I’m excited to announce that next month’s article will be written and illustrated by CBA designer Isabelle Narciso on the topic of emojis!

Prev
You know what gamification is?
Next
CBA’s got a relift!

007 Design Tools, Me and my Shadow

Want to know your consumer? Empathy is the pathway