Beyond the brand, into the world

Language, as Martin Heidegger said, is the house of being, and in its home human beings dwell. To paraphrase, we can say that the brands also dwell there.

The words chosen to describe a company or an organization, a product or a service are, in fact, fundamental not only to create a connection with customers or users, but also to shape the semantic universe in which the brand lives every day.

But what words are we talking about?

One of the main elements of a brand’s story, the most evident immediately after the name itself, is the tagline. A short and eloquent phrase, which sums up its positioning.
Sometimes it is placed visually under the brand name, and other times next to it. But it may also not appear at all, especially when it is particularly memorable.

The importance of the tagline

The goal of the tagline is to help the brand be remembered by its audiences, enhancing its personality and differentiating it from its competitors.

Just think of Nokia’s Connecting people: two words capable of opening up a plethora of meanings in anyone’s mind, in a historical period without smartphones and widespread Wi-Fi, where those who did not have a Nokia mobile phone (a real status symbol) were practically cut out. 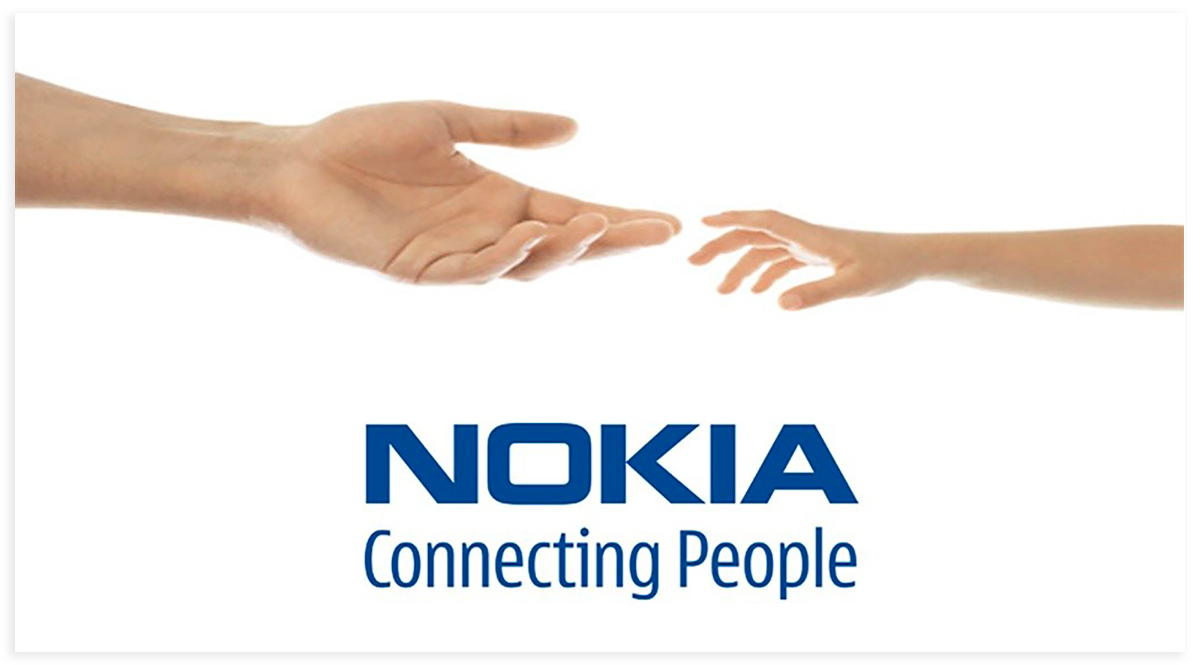 A brand, starting from its tagline, must therefore communicate with people, allowing them to orient themselves through all digital and physical touchpoints, without interruption.

The messages that arrive outside must be fragments of a larger story, easily recognizable as internal to the semantic universe of the brand, and at the same time with references to the world out there. A story in which audiences identify themselves as actors themselves.

The cost of the pay-off

At CBA we have the habit of putting concepts and expressions on paper, because we believe that having a taxonomy of the tools at our disposal is the best way to use them correctly.

That’s why we distinguish the tagline from the pay-off.

It’s true: these are words that hardly have a univocal denotation, above all because – with the constant evolution of advertising – they have lost the direct and universal connection with the objects they identified. But we do branding, so we borrow advertising terms to shape them to the needs of our projects.

So we were talking about the pay-off. At CBA we conceive the latter as a short sentence that explains the concept of one or more communication campaigns. If effective, the pay-off can become a brand asset over time and develop enormous awareness. But it does not intrinsically describe the brand’s offer.

Compared to the tagline it is more expensive to maintain, and in fact it often justifies itself with millions of investments over decades.

McDonald’s famous I’m lovin’ it, or Apple’s Think Different, both created to accompany communication campaigns and then consolidated over the years.

The former was even supported – at the time of its launch in 2003 – by the recording of a music single by Justin Timberlake. The second was born in 1997 to accompany the advertising campaign for the market launch of the iMac. The rest is recent history.

Instead, let’s talk about claims about phrases that are exclusively linked to an advertising campaign.

The claim can promote a specific product or product line, but it is structurally temporary, and does not survive to consolidate itself in the brand’s DNA. Returning to McDonald’s, he brought up an outdoor campaign carried out in 2019 in Austria: playing with the sound of the word mampfen (“eat”, “bite” in German), hamburgers containing typically Italian ingredients were advertised with a claim that sounded like sandwiches for real mobsters. As you can imagine, it was short-lived.

Let’s try to summarize what has been said so far in a hypothetical continuum.

A hypothetical continuum for the tagline, pay-off, and claim

The point of sale as an extension of the brand

The tagline, however, must not be limited to telling the brand, but must go further. It has to be within the world – even express the brand’s view of the world. It must become concrete, passing from words to deeds.

For example, through the stores.

For Bricocenter, at CBA we have designed a new store, incorporating the Vicini tagline of doing, Vicini di fare, into the reality of a Milan neighborhood.

The opening has become an opportunity for customers / users to discover a welcoming place open to all, which aims to become a reference point for the community. Where it is possible to know, get to know each other and share the culture of “doing together”.

Human and local proximity are fundamental values of the Bricocenter brand, and the Milanese store has made them concrete, as an extension of the brand into the world. The retouching of the logo and the creation of a system of hand-drawn pictograms also contributed to this.

The new Bricocenter store in Milan

The value of values

Values are a fundamental asset of the essence of a brand.

Because, when they are sincere, they guide all the actions of a brand, even those related to communication. As in the case of a person.

Let’s take the case of Langosteria.

A group that includes a restaurant, a Bistrot and a Café, but which is actually much more: a contemporary approach of Italian origin for a fine dining atmosphere orchestrated to make anyone who chooses feel good. We have identified the three founding values of the brand in contemporary Italianness, rhythm and excellence. Values that go beyond the food sector, fully describing Langosteria as if it were a human being.

This made it easier for us to develop the tagline, the Italian beat for fine dining, as well as the messages and touchpoints to concretely convey this tagline to customers and potential customers. 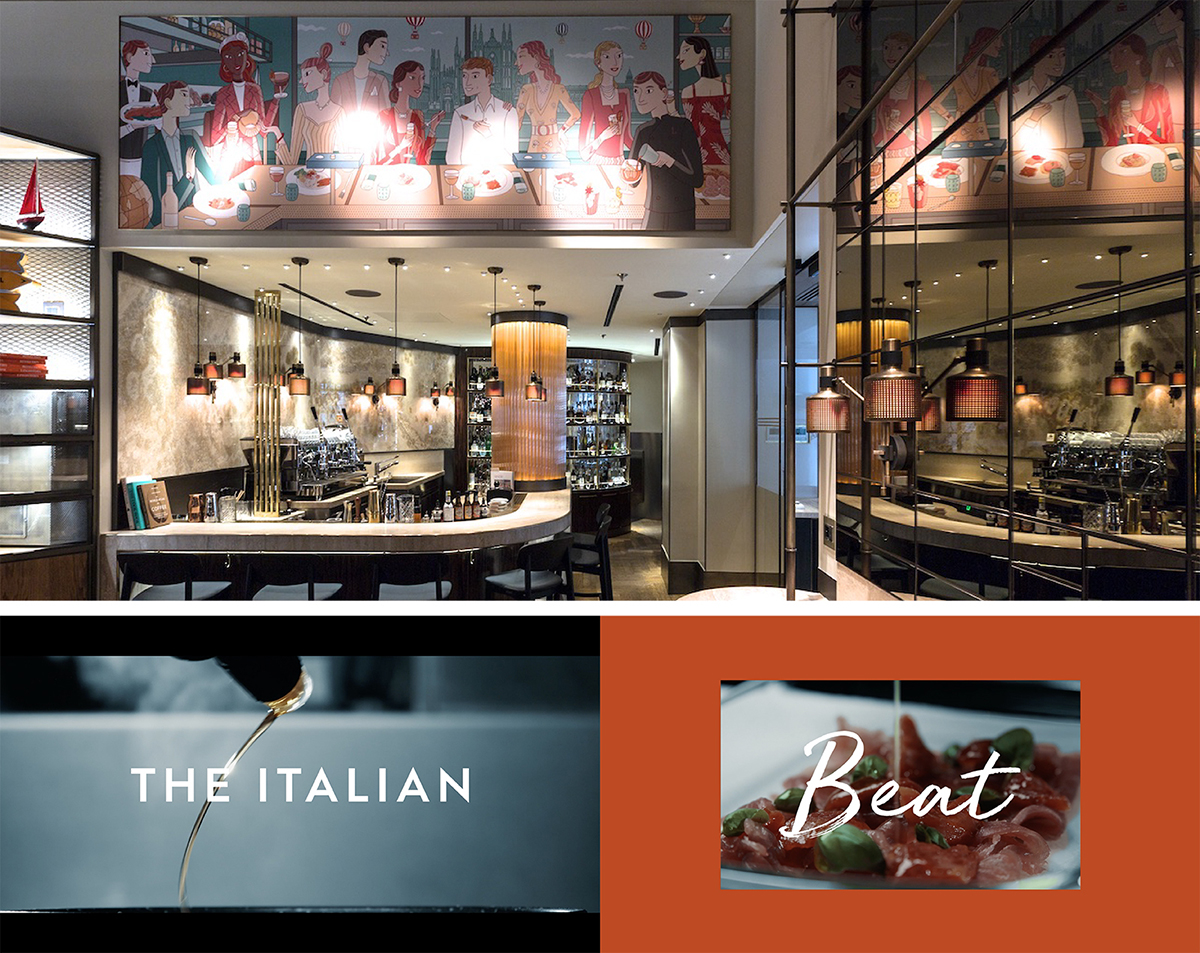 The Italian beat for fine dining

Wherever you turn, the messages of companies and organizations are ready to lead us into many semantic universes. So much so that certain names become synonyms of entire categories of products and services.

Borrowing a famous phrase from Marc Andreessen, can it be said that brands are eating the world? Probably not, since more than eating the world, they contribute to savoring it.

However, it is undeniable that a growing number of human beings, especially those born after the advent of the Internet, are accustomed to interpreting reality in an increasingly mediated way by brand communication.

It is the job of those who work behind the scenes to ensure that this mediation is constructive. Even choosing the right words, because, as some remind us, words are important.

«Who speaks badly, thinks badly and lives badly. You have to find the right words: words are important! », Nanni Moretti warned in one of his unforgettable films: Palombella rossa

Prev
Design + circularity: a perfect match
Next
12X6 with Shut Up Claudia