#2 Empathy: The pathway to know your consumer

In the previous issue, we explored the idea of empathy, and wondered how it could help companies understand their target audience and find meaningful insights, close to reality. Between storytelling, direct conversation or immersive experience… a lot of tools allow brands to connect with consumers in a natural way. At CBA, we are convinced that technology is one of the most effective tools for understanding the uses of everyday life.

/ Immerse in someone else’s world with Virtual Reality (VR)

The VR technology uses a headset to place the spectator in a virtual environment with a 360 view, providing a more intimate and active immersion. For some people, technology is undoubtedly the best way to step into other people’s shoes. Technology has been used in games, science and arts, to recreate the way autistic people perceive the world, and as an invitation to reflect upon the effects of global warming.

At CBA B+G, we have devised for Nestlé a VR Project – Consumer Connections – to immerse in the lives of the target-consumers of three major brands of the company. One of the project’s expectations was to give everyone in the company – regardless of work department or position – the possibility to get to know the daily lives of people from different realities. The tool made it possible, for example, to follow a typical day in the life of Luiza, a teenager who lives in São Paulo and loves KitKat and skating.

To Cibele Rodrigues, Research Manager, at CBA B+G, “the project was enriching and powerfully delightful. It refreshed the target, putting everyone on the same page. Moreover, we escaped the traditional reports, showing more humane journeys. At the end of the day, the figures made more sense, allowing executives to take more assertive decisions, closer to the consumer” 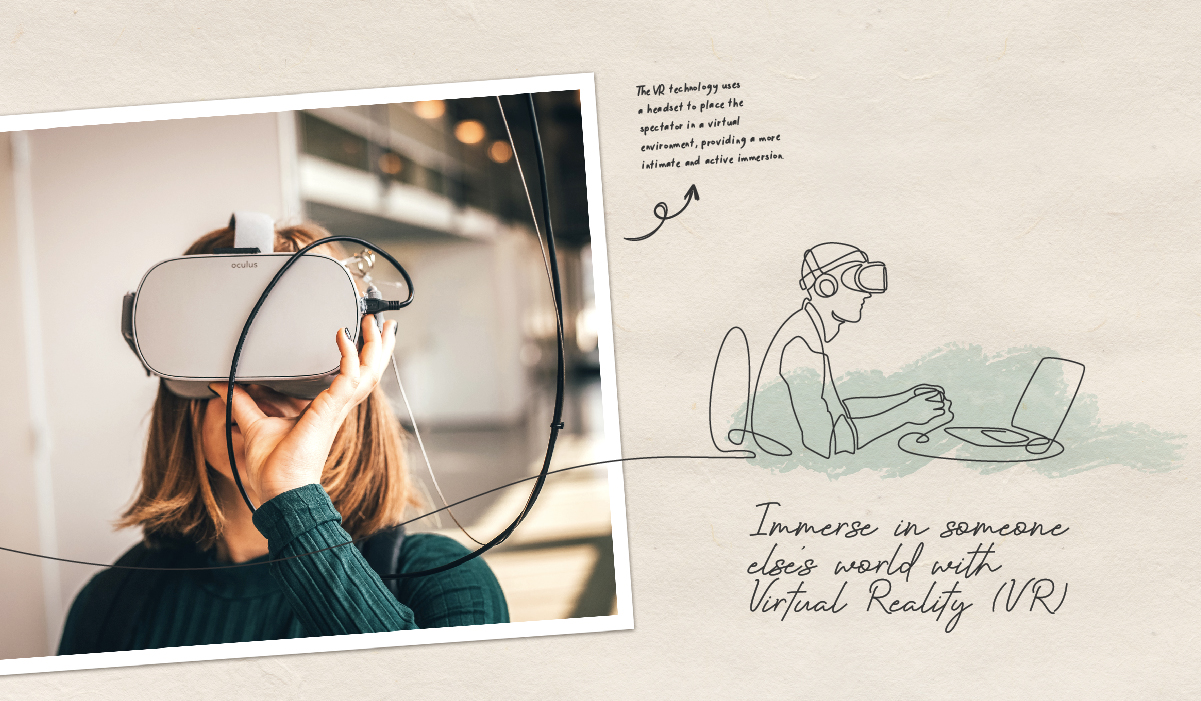 The immersion project using VR was one of the most incredible we have ever experienced, which made us think ‘why haven’t we done that before?’ The possibility to follow parts of consumers’ life is the icing on the cake for any insight or marketing professional. The approach was fundamental to make us understand the best moments and ways to connect with them

AR has also been gaining space in our lives. This technology make it possible to mix elements from the virtual and real worlds with the advantage of being much more accessible, since it doesn’t require a headset and can be easily developed in an app. It has been largely used, both by entertainment games (who remembers the Pokémon Go fever?) as by brands that provide a product trial without the need to leave home. That’s the case of Ikea, that simulates how your sofa would look in your sitting room; or L’Oréal, that offers the possibility to virtually try on different lipstick colors before choosing one.

But how is augmented reality used in research and Innovation? We have recently developed, together with one of our business partners, an app that used AR in a disruptive way, to make a survey about absorbent pads products. Consumers were able to try different shapes and sizes of new products, simulating real use by projecting them in their panties or bikinis.

To Alex Espinosa, “technology allows prototypes and products to reach millions of homes without the need of physically producing any of them, in real-time tests that result in products that better fit the target-consumer. It is the fastest and most effective way to validate your MVP (Minimum Viable Product) with consumers and find the added value and possible improvements within minutes”. 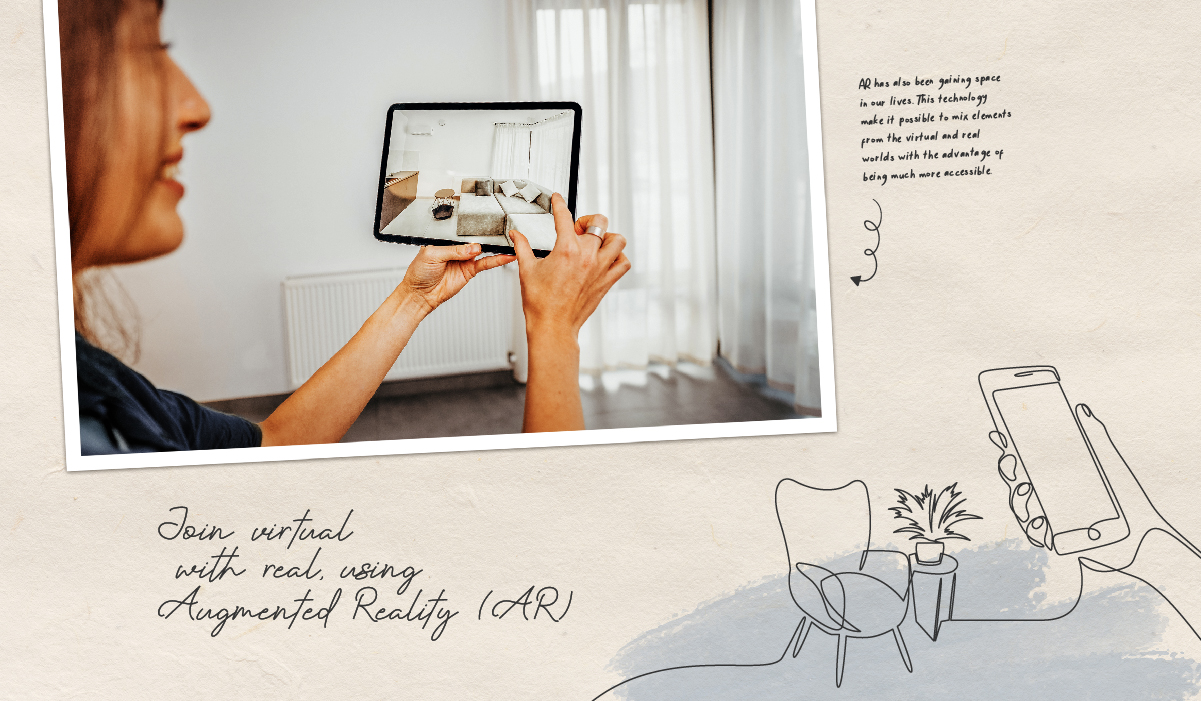 What does the future hold?

We may safely assume that extended reality will continue to evolve and improve to achieve astounding results. We bet on the use of Augmented Reality and other hybrid formats that explore the best of technology to project reality as perceived by others without disregarding human contact. Definitely, digital and analog realities are complementary in capturing insights more sensitively.

To delve into this issue of empathy and its tools more deeply, we recommend watching the TED talk by the Australian philosopher Roman Krznaric about how to start an empathy revolution, as well as the New Yorker’s beautiful immersive animated short-documentary film about detention camps in China. If you don’t have a VR headset or cardboard yet, it’s worth buying one and start playing with these new possibilities.

Prev
#1 Empathy: The pathway to know your consumer
Next
LICENSE TO FAIL

The future of retail design

Are we all brands?

#1 Empathy: The pathway to know your consumer