CBA continues its cooperation with independent cultural organisations by means of an editorial quest that provides stimuli and inspiration for the agency and our daily work.

Over the next few months, by means of a selection of significant publications, we will describe the link between enterprise and design, a relationship that has always proved to be positive, and that has contributed to the history of many brands, artists and designers.

We have already introduced the Mutty cultural space, which accompanies us on this path with its bookshop specialising in images. After having presented Adriano Olivetti’s famous pubic speeches, now we will discover how to “move from theory to facts”: how have enlightened entrepreneurs historically turned to designers to give their brands added value? 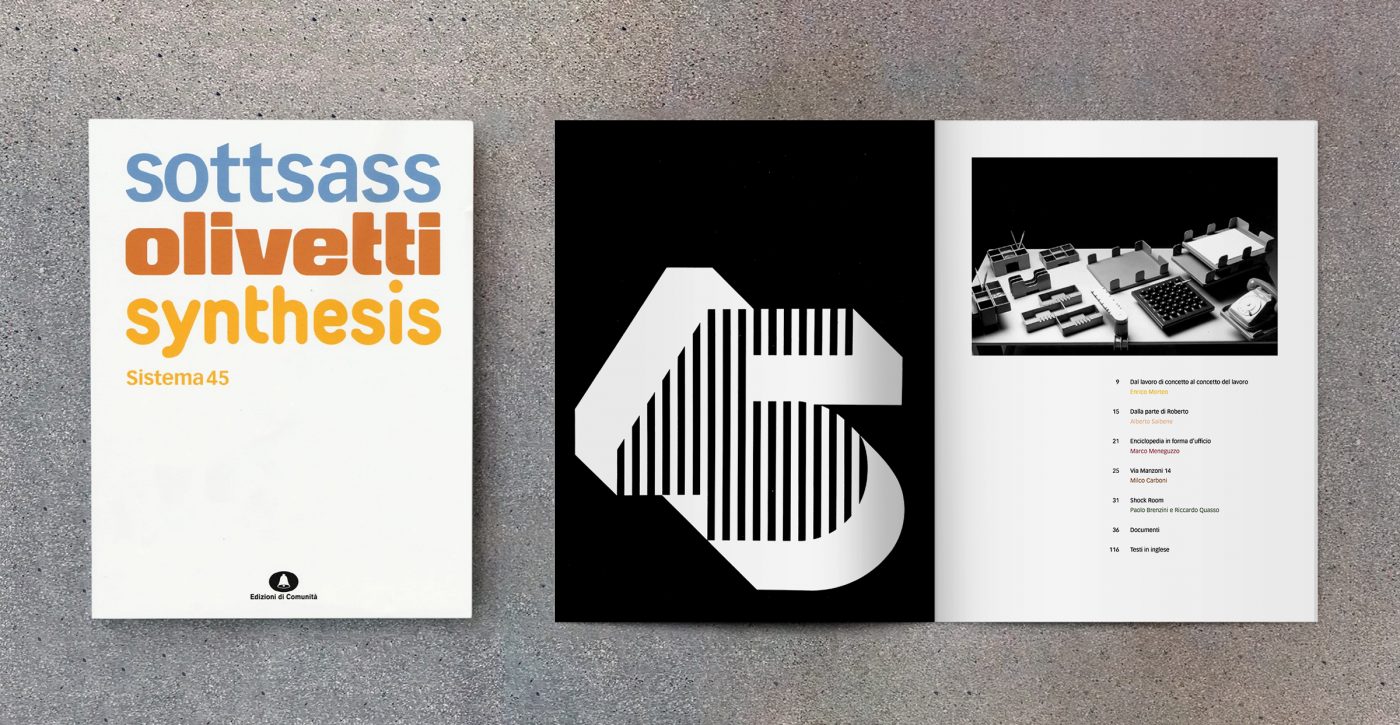 Let’s recommence from an Olivetti experience, describing the relationship between Ettore Sottsass and the Olivetti company that you can discover in the title Sottsass Olivetti Synthesis (Va.Aa., published by Edizioni di Comunità), a volume that presents the results of one of the most famous collaborations between design and industry. It was 1968 when Roberto Olivetti, Adriano’s son, commissioned Sottsass with the design of a new office furnishing system: the result gave rise to Serie 45. This comprised over 100 minimalist, functional furniture components, but with an ironic touch in their colour and details, expressing Sottsass’ critical approach to the modern industrial age, which he considered as excessively optimistic. The book includes the origins of this adventure, with hitherto unpublished documents and photographs. 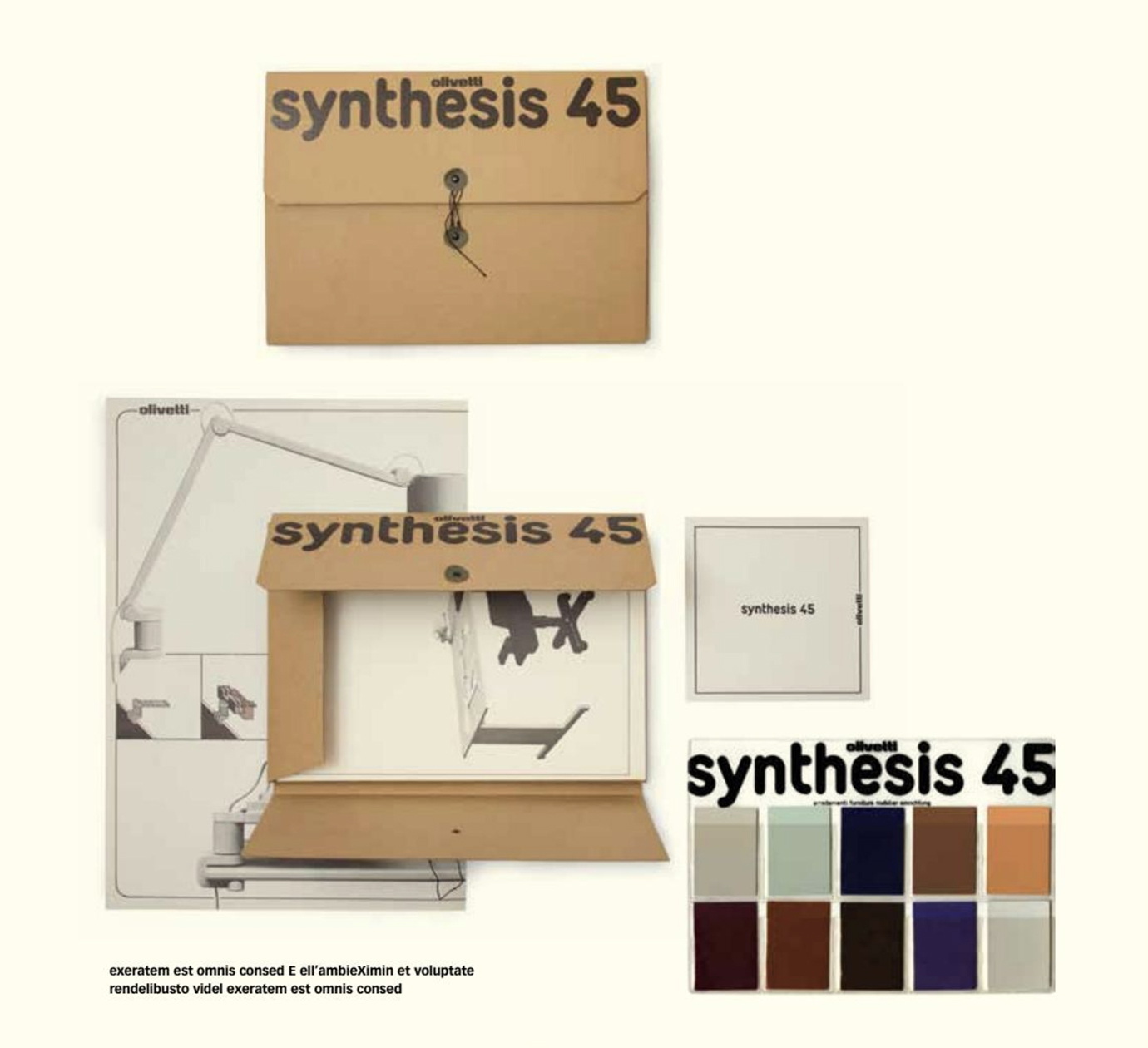 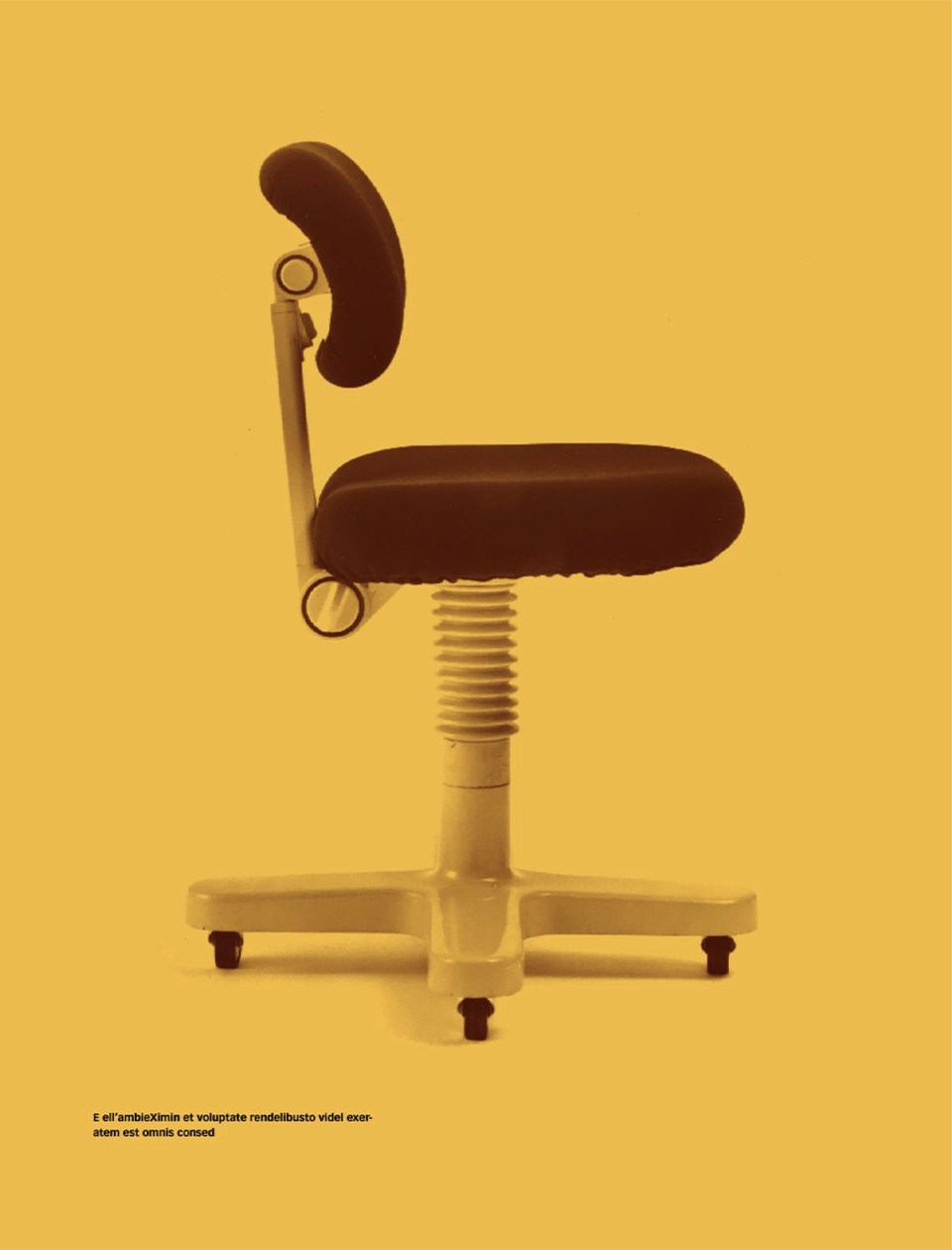 How does the relationship between an entrepreneur and a designer develop? Everything begins with the industrialist’s intuition and the desire to bring new things into existence, utilising the country’s finest intellects, even the most critical, and giving them not just resources and means, but also a generous amount of trust, permitting the emergence of unique, authentic viewpoints. When this occurs, a magical process takes place, leading to the creation of designs, works and pieces that leave a mark in the history of enterprise and survive changing fashions, remaining present over time.

You can find this publication, out of print at the publisher, in the Mutty bookshop: